Satu Vänskä-Westgarth Destination Unknown, EUROPE, FOOD INSPIRATION, GLOBAL KITCHEN, Italy, SKIMBACO TRAVEL 12 Comments
August 14, 2012 Satu Vänskä-Westgarth
Even though in the springtime Katja covered a good bit of Italy here in Skimbaco, I thought that I would dare to do one article more. Or two. A little while back I got the chance to join the BlogVille project of the Emilia Romagna region in Italy, and consequently me and my baby girl spent few days in a beautiful house with fellow bloggers and writers in the Bologna city center, getting to know the ins and outs of the region and the city. For me food and travel go hand in hand in such extent that of some destinations I mainly remember the food, in good and in bad. And what a better destination to travel for food than Italy, where the food is so simple yet so delicious that it can create memories that last a lifetime? And what better place to do this than in the food capital of Italy, or the “fat one” as Bologna is also known due to its cuisine heritage! 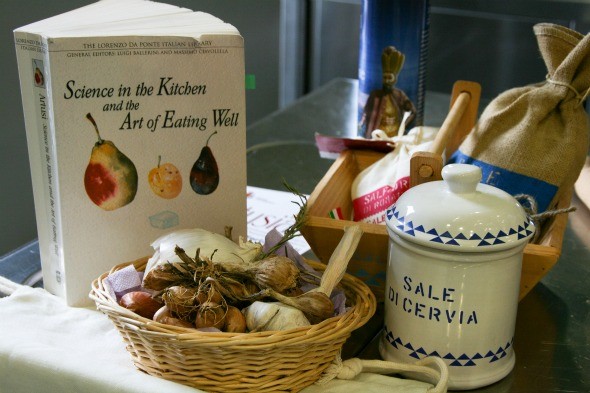 Where as the movie Julie & Julia brought Julie Child and her Mastering the Art of French Cooking in to the limelight, is anyone here familiar with Pellegrino Artusi and his Science in the Kitchen and the Art of Eating Well? Shame to admit, I wasn’t. However, this is THE book of the Italian home cooking, published first in 1891 by Artusi, who then produced fifteen more editions of the book based on the recipes, comments and suggestions Italians sent to him. Interactivity almost similar to that of today’s social media time but way before the birth of the Internet. Hence you could even say that this is the book of the Italian home cooking, written by Italians for Italians. 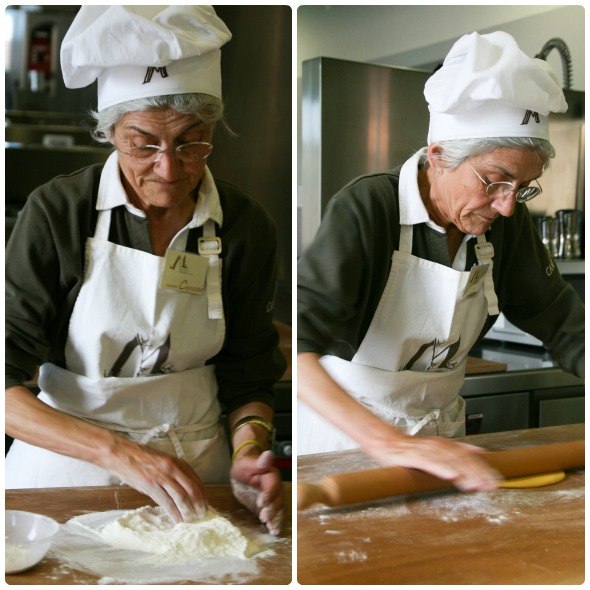 But back to the food. And cooking. While in Bologna, I had the chance to visit Casa Artusi, the first Italian center dedicated to homecooking. A place where “the taste of culture meets the culture of taste”. And I got to learn the art of making pasta. Without even the help from a pasta machine, may I add.

Homemade pasta is something I’ve never thought of making at home. It’s too complicated and time-consuming I thought. But it wasn’t. Take 100 grams “00” (zero zero) flower per one egg and mix them together gently, knead the dough, let it set for about thirty minutes and then roll the dough into a thin layer with the help of rolling pin and you are ready. Ready to make garganelli, tortellini, pappardelle, farfalle, tagliatelle, capelletti… 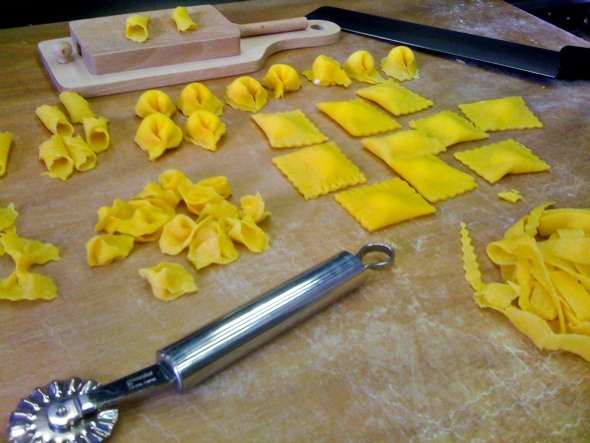 This was my first experience of learning the skills to make local food while traveling and it was definitely something I would like to do again. It was a great way of being able to take something back home with me from my travels, something that doesn’t take any shelf space or gather dust, and something I can share with my family and friends. I also brought home a rolling pin and some real Italian pasta flower so now I have no excuses; this is going to be the year of home made pasta parties! 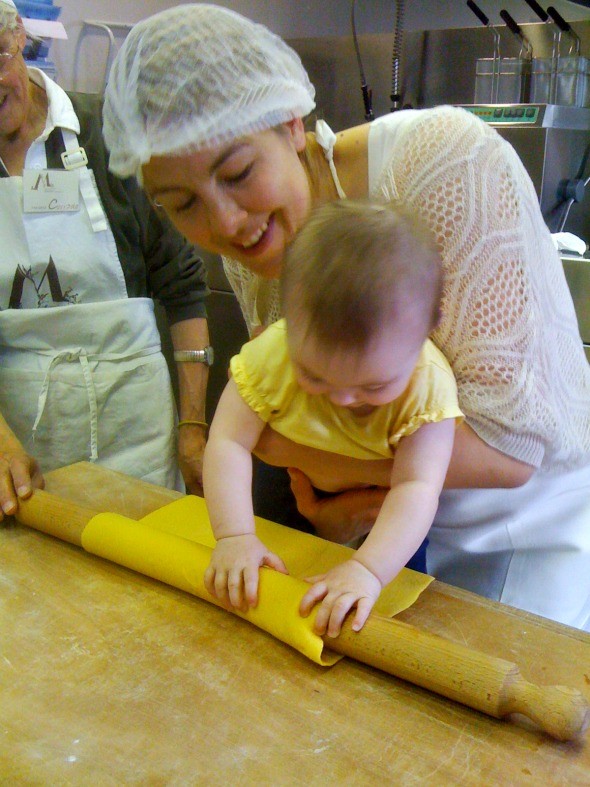 Have you ever attended a cooking class whilst traveling or tried to recreate the dishes you enjoyed abroad at home? What would you recommend? Where would you like to travel to for learning the skills of local chefs? NOTE: Me and my baby visited Bologna and the surrounding regions for four days as part of the Blogville project, supported by Emilia Romagna, Budget Traveller and Traveldudes. While the accommodation and some of the activities were provided for, all other expenses, including travel to and from the destination was covered by myself. 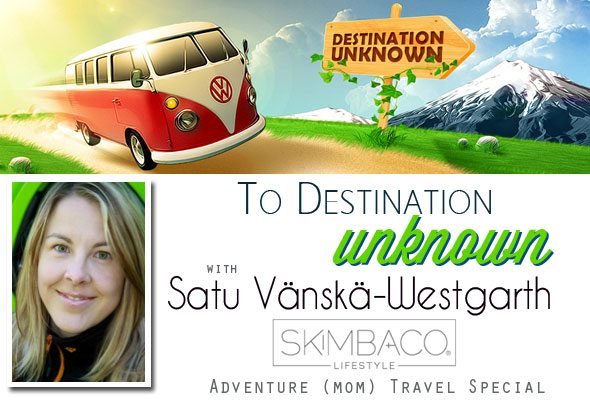