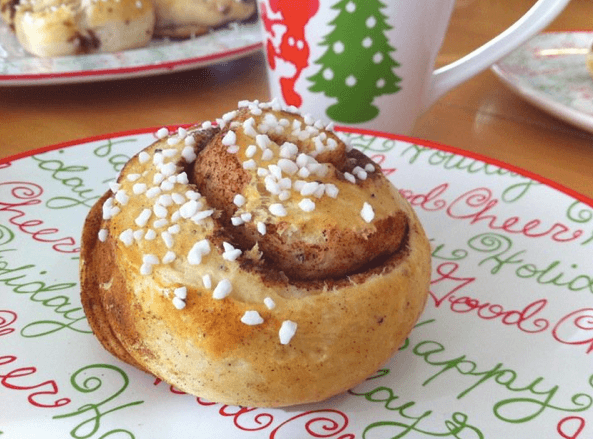 Happy Holidays! I made these yummy cinnamon buns this morning. I’ll share my Finnish cinnamon bun recipe later this winter, but wanted to reveal two secrets how Finnish cinnamon buns are different from the ones you are used to eating in the US. The essential ingredient is cardamon – you can not make cinnamon buns, or any buns, or pulla, without cardamon. You can find cardamon in pods (you will need to crack them open to get it out) in natural food stores, or just in a normal spice jar, which is more difficult, because cardamon isn’t a common spice. I usually find it at natural food stores, and just lately have started seeing cardamon in normal grocery stores here in New York. The second secret ingredient is pearl sugar. It’s just coarse sugar, nothing that special, but again, not very common in the US – very common in Scandinavia. You can find pearl sugar from specialty stores, world markets and premiere grocery stores. I have bought some in Scandinavian gift stores and also at IKEA. You can find some also at Lars Own.