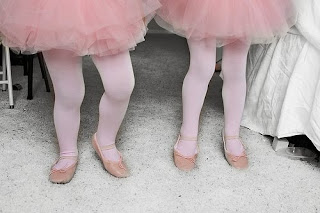 Thank heaven for little girls who are made of sugar and spice and everything nice. After all, little girls are the epitome of dainty femininity with their adorable pink ruffled frocks and perfectly coiffed hair in flower headbands. Their gleeful giggles are as melodic as angels singing. To watch them play dress-up with their beloved dolls in their make-believe kitchens whipping up imaginary culinary magic is pure joy. Life with little girls is heavenly. That’s what all the stereotypes would have you thinking. As the mother of two daughters, I can tell you from firsthand experience that although girls do embody many of these expected qualitiesólike their penchant for wearing pink, they prefer their pink with a little mud ground in, a smattering of indelible ink, and maybe some of mommy’s expensive lipstick smeared on the sleeve for good measure. Though life with girls is nowhere near as physical as it is with most boys, it is definitely not the sugar and spice option we were promised. Thank goodness! The other week, my girls had a ballet recital with their six other ballerina classmates who ranged in age from barely 3 to almost 7. At the dress rehearsal, the girls were angelic in their black leotards, pink tights and multi-hued tutus that made them look like a mystic rainbow of sweetness standing side-by-side. The sight of them on stage doing their rendition of Somewhere Over the Rainbow made all of us parents gasp with delight at their cherubic innocence. After the dress rehearsal, the girls were given an hour-long break before the show started. That’s when the real fun started. 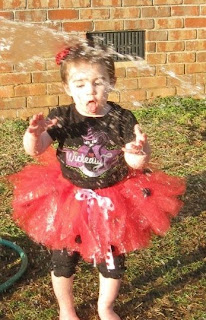 The gaggle of ballerinas began to chase each other through the parking lot as their parents yelled at them to stop. One was pulling on her underwear announcing she needed to go poo very badly. Another was picking her nose, happily eating what came out and threatening to wipe it on her sister if she didn’t leave her alone. Another was climbing a chain link fence repeatedly snagging the tutu before she fell and took her loud, powerful anger out on the fence pole. Two others were singing a song that incorporated as much potty talk as they could get away with before running up the slide and purposely slamming their bodies against the hard plastic, sliding violently down on their bellies. Another was screaming at her mother for not having brought the right lunch and that she wanted a ham sandwich even if she had to kill the pig herself. The scene can only be described as Ballerinas Gone Wild.. and all of us moms nodded to each other with great pride. As we were taking in the moment, all eyes landed on one mom who was wearing lumberjack boots and jeans covered in motorcycle grease. She shrugged and said, “My husband’s always asking me if I could look a little less Paul Bunyan. I tell him, honey, relax, I’m wearing some really expensive lingerie under this get-up.” And with that, we moms doubled over in laughter knowing full well that our little girls will grow up having the confidence to fight stereotypes with everything they’ve got … while looking absolutely adorable. Thank heaven for little girls who are made of sugar and spice and everything nice, for they grow up to be colorful, charismatic, butt-kicking women. Guest post by Tiffani Carboni. Tiffany Carboni is a magazine journalist and humorist. To read more visit her blog called MOTHER TONGUE & Other Sharp Objects. She is writing on a regular basis for My Baby Clothes Boutique. Keep your eye out for more from this witty, fun loving, mother. Planned for publication is her book called Mother Tongue and Other Sharp Objects, release date to be determined.