I visited the Hotel California in Todos Santos, Mexico, in August. I was invited as a guest of the Mexican Tourism Board, and it was my first trip to Mexico, but it won’t be the last. I will also share many more details of our trip to Mexico in the upcoming weeks, but today I wanted to feature Hotel California, it was one of my favorite spots during the trip. You can read more how Hotel California is a great place to spot Mexican interior design inspiration and see several more pictures of the hotel.

Visiting Hotel California was one of many highlights of the trip. It’s located in town of Todos Santos in the Southern Baja California Sur. Todos Santos, meaning “All Saints,” is officially designated a Pueblo Magico (Magic Town) by the Mexican Tourism Secretary and the town has authentic colonial architecture and cobblestone streets. The hotel has vibrant history and a great story and we where showed the hotel around and heard this and many other stories of the hotel. The people working in the hotel are incredibly nice and welcoming, and I wish I can return soon. 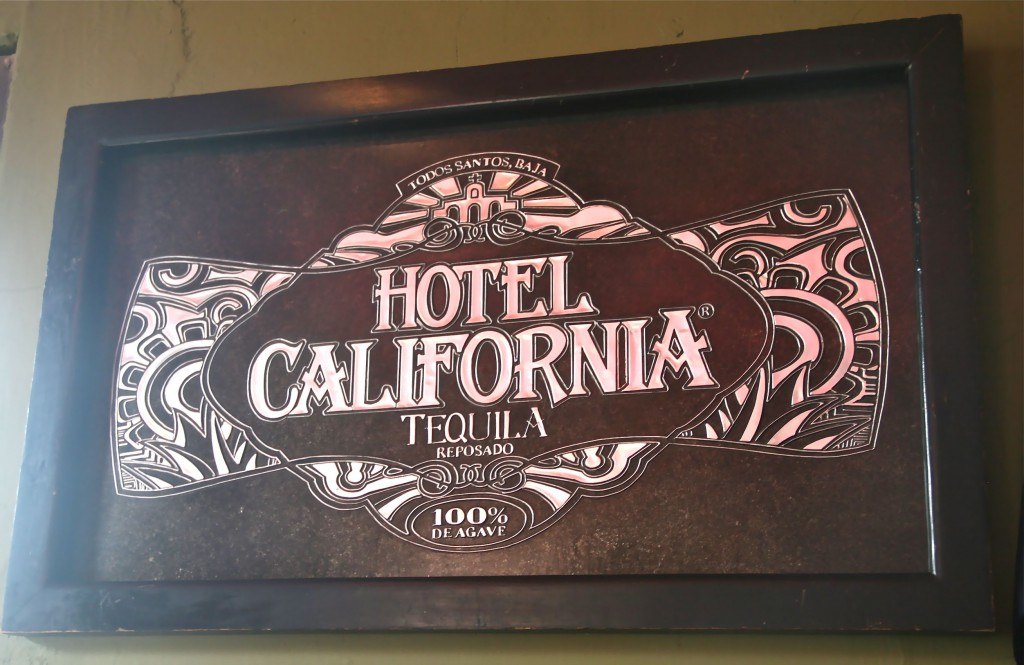 Hotel California was already founded in 1947 by a Chinese immigrant Mr. Wong, who wanted the locals to believe he was Mexican so he changed his name to Don Antonio Tabasco. It didn’t work as well as he had planned since he soon became known as “El Chino,” meaning “The Chinese Man”. Don Antonio Tabasco became very popular in town despite being the Chinese Man, he was the first one starting to buy ice in 1950 and serving the first cold beer in town, and not surprisingly, became very popular after that. Continuing the success and being a visionary in town, he started a general store “”La Popular” and then the first gas station in town. During the Hippie years between the 1960s and 1970s, people were growing their own marijuana and green borne in the extremely fertile land of the Todos Santos area.  They started offering marijuana and green borneo for sale in shops around town, leading to the sale of the products to become criminalized. Perhaps for this reason the history of the hotel itself is half-forgotten. There is no confirmation if the famous Eagles song is about this Hotel California, but many tend to think so. It is often visited by famous musicians and perhaps they are looking for the same inspiration, which Hotel California most likely will offer them.

A Canadian couple John and Debbie Stewart purchased the hotel in 2001 and did a full renovation and the original 16 rooms were transformed into the eclectic 11 suite hotel, which has won numerous awards for design and décor. The restaurant, La Coronela and bar were added and the original gas station was turned into the tienda Emporio, the hotel’s boutique gallery/bazaar.

Shopping at Emporio in Hotel California

The Emporio bazaar has an eclectic collection of jewelry, trinkets, clothing, home decorating products and Hotel California branded t-shirts and tequila. You will be able to shop a lot of your souvenirs here, and it’s a great shot just to stroll around. Pictures tell more…

Right next to the bazaar and shopping, you will find the hotel restaurant for breakfast, lunch and dinner.

Dining at the restaurant

La Coronela Restaurant & Bar offers you a fantastic place to dine. The restaurant is run by Belgian executive chef Dany Lamote and the menu focuses on organic locally grown and raised ingredients. The menu has classic Mexican dishes but also dishes like pear and gorgonzola pizza and lamb burger with caramelized onions. 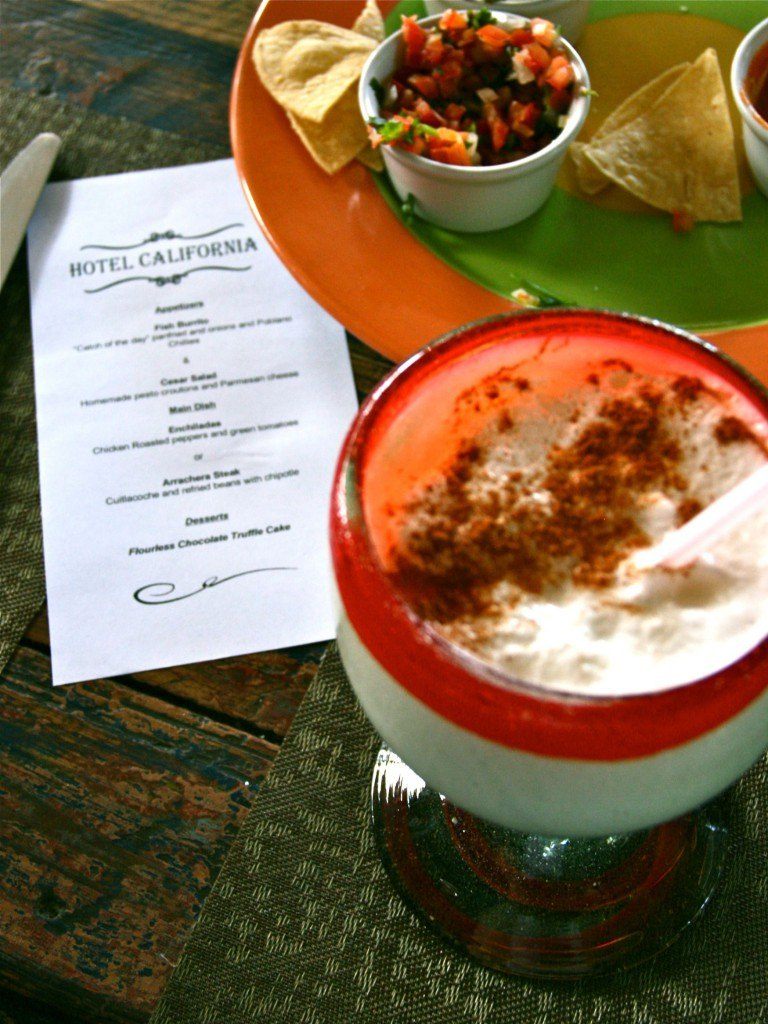 We had fish tacos and chicken enchiladas for lunch, and refreshing margaritas and piña coladas with cinnamon on the top. The region is famous for fruit farms, especially mangos and avocados, and the guacamole and mango margaritas are worth to try at La Coronela!

The restaurant has a nice bar and seating inside, but my favorite was the outdoor dining area with a courtyard with a water fountain. The place was just perfect and even though it was a hot summer day, it stayed surprisingly cool outdoors.

The restaurant serving delicious Mexican dishes and the shop for unique souvenirs are all worth the visit, but my favorite was being in an environment of rich colors, unique furnishings and art all around. A relaxing pool area for hotel guests only, and several private patios provide an escape. 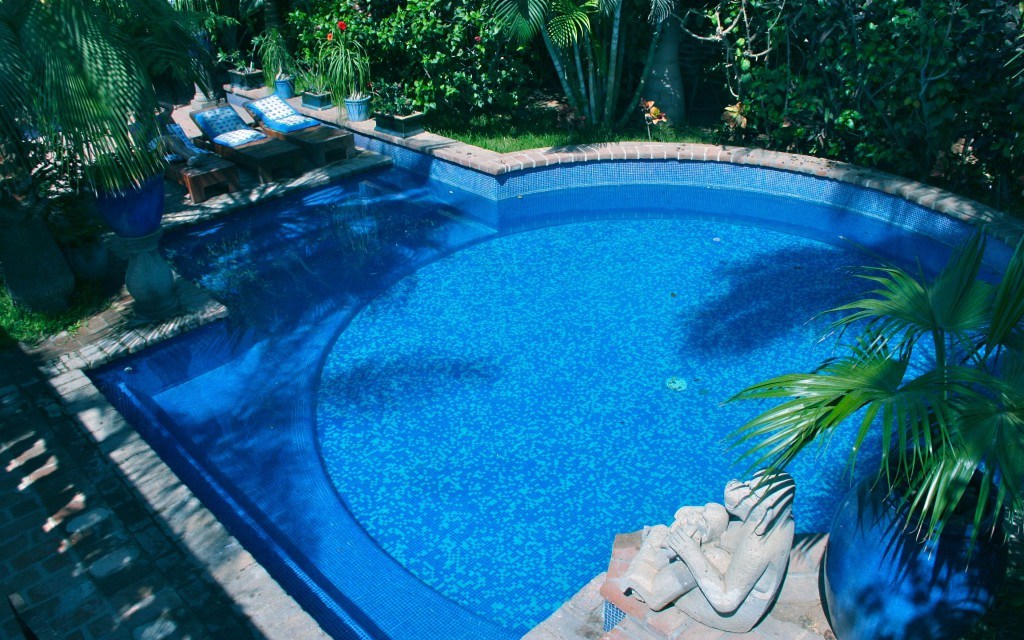 The hotel is small, only 11 rooms, so you will now you will never be surrounded with large amounts of roaming tourists, but you will have a relaxing stay at Hotel California. Each of the rooms is decorated differently with art, fabulous furniture, bold colors and the beds are equipped with soft 500 thread count Egyptian cotton sheets. They rooms have an access to the many private patios of the hotel. The below one is a picture of a private patio that comes with a hotel room. Pretty nice, huh?

The prices for this luxury vary from $80 per night to $150 per night for the 2 story high penthouse suite. The specialty dinners were all under $25 making it very easy to indulge on a budget, and making Hotel California the perfect spot for luxury for less.

Now, doesn’t this call your name…? I know Hotel California has been calling my name ever since I left Mexico.

Disclosure: My trip to Mexico was provided by Ogilvy and the Tourism Board of Mexico. I was not paid to do this post and all of my opinions are my own. Baja California Sur, destinations, hotels, Mexico, Todos Santos, TRAVEL