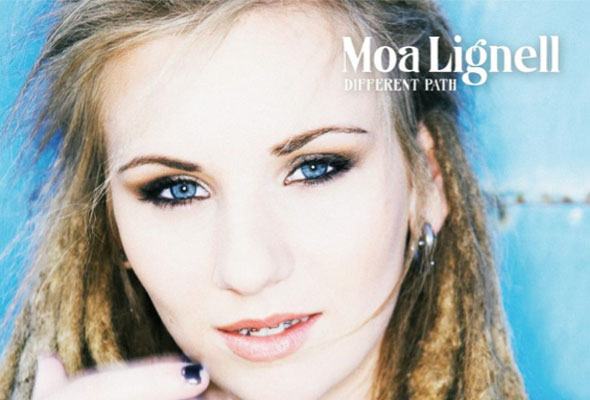 I have a music recommendation for you while we are all waiting for the Lana Del Rey’s new album to be released on November 12th. The album that is on my non-stop play on Spotify right now is “A Different Path” by Moa Lignell, and my favorite song from the album is the “Anything is Enough” – listen to it in the video below. Moa Lignell’s “Anything is Enough” doesn’t even have a music video yet, the song is from her debut album “A Different Path”, which released on October 2nd, but I can’t help but share it with you and hear what you think. The video above was shot during a live Radio concert last week in Stockholm, and I was driving in Stockholm as I was listening to radio in the car, and was completely blown away. Well, first for Moa Lignell and secondly for live radio concerts – I didn’t know they even did that anymore! Maybe that’s one of the secrets of Swedish music industry; even with the new tools like social media and digital music distribution, old tactics that still work are in use. There is a short interview with Moa in Swedish on the end of the video, and it’s pretty raw video – but Moa’s talent shines through. Moa Lignell is in every aspect a great example of a old school musical talent who creates her own music combined with today’s pop culture. Moa is only 18 years old (born 1994), but she has been creating music for years. She attended the Swedish Idol 2011 on Swedish TV channel TV4, and auditioned with her own composed song “When I Held Ya”. Moa didn’t win the Swedish Idol, but she came the third, but it might be even better for her talent not to have the Swedish Idol stigma tattooed into her image.

Moa Lignell’s sound is very unique, and the lyrics resonate even with us older folks. My favorite songs from the album in addition to the “Anything is Enough” are “Calling” and “Home Tonight.” The only song from the Different Path with an official music video is the “You Had It All,” but I recommend checking out the entire album. Listen to Moa Lignell right now: Moa Lignell on Amazon