I rewarded myself with a little Mulberry 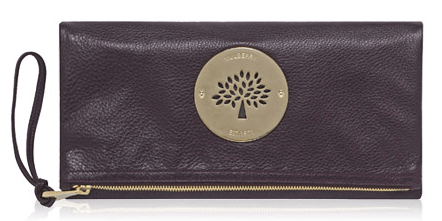 I don’t know if you have noticed but I have been featuring quite a few bags from Mulberry lately. I’ve always loved Mulberry, but since it’s one of those brands that hasn’t been very visible here in the US until recently, I had sort of forgotten it. I used to work in a Mulberry Shop in Helsinki managing their computerized inventory system, which was very fancy back in the early 90’s.. Anyways.. On my last trip to Finland I stopped at the Mulberry Shop at the airport on my way out. The trip was my media tour, which I sort of have failed to even write a post about because quite frankly I feel very weird about writing about being on a media tour and being interviewed on TV, radio and magazines. It was really awesome though, but after being interviewed so many times within 4 days of time in several cities and the jet lag on the top, I was absolutely beat. I was walking around the Helsinki-Vantaa airport and the Mulberry Shop invited me to step in with all of this fall’s plum bags and accessories. The Daria clutch ($550) above and the Daria sleeve for Macbook ($550) below were speaking to me in a way that I haven’t been spoken to for a very long time. 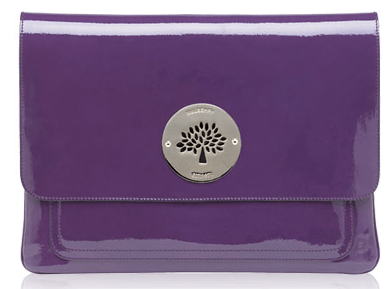 One thing was for sure, I was not going to leave the store without buying anything. The smell of leather goods, and the softness to touch… I had almost forgotten what a brand new Mulberry feels like. I really fell in love with the fall’s trendy color plum, and ended up buying the Margaret Small Zip Around Purse. While the sense said that maybe I should take the black one to keep it long after plum isn’t trendy anymore, but no, I couldn’t resist it. 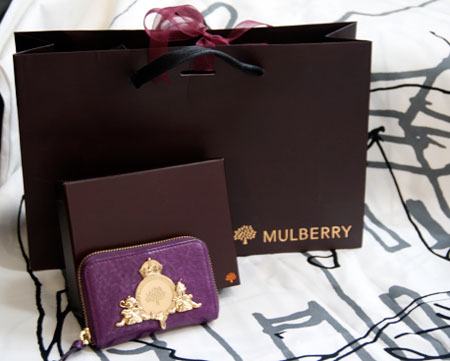 It felt so good to buy something to reward myself unexpectedly. And I absolutely love the little coin purse! It has two English bulldogs with cupcakes and teacups and crest with text “we believe in tea and cake”. I know – it’s so silly, yet I love it so much. Sometimes it is good to buy things just because they make you smile and happy. How ever silly it is. 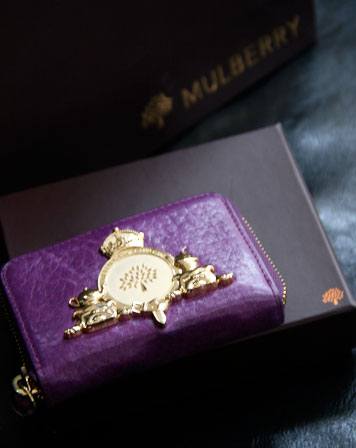 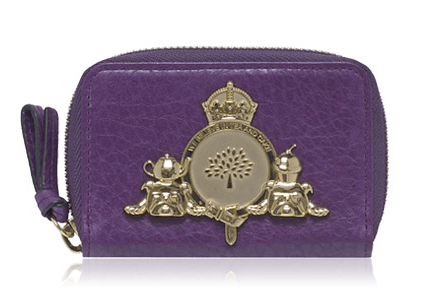 When is the last time you have rewarded yourself?