He got me before hello 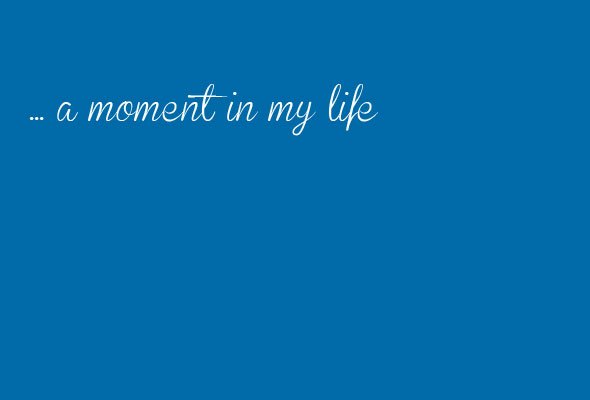 The famous movie line goes “you got me at hello” but he had me before that. (read about it here) And for some reason I had thought I had him, and we were connected in some mystical very romantic yet practical way (practical and logical somewhat, because I quite didn’t really believe in all of the things that happened in the movies). But there I was, standing empty hearted, disappointed he did not seize the moment and change our lives together forever to this beautiful love story of our times where we’d be traveling around the world together and living anywhere from the mountain side of the Rockies to Swedish country side and perhaps just keeping Frankfurt our hub for adventure, or maybe New York City.. They say you see your life going through your eyes as you are dying and that’s how I sort of felt. Both, actually, I felt like dying a little, and I felt like our what-it-could-have-been-life went through my eyes as he walked right pass me without making his move and even saying “hello”. I watched his back as he walked away and I started moving towards my friends and out of the door of the Irish Pub, as if the dream was lost forever. Then he turned around. “I’m just going to say this even though you probably think it’s stupid, but I just have to say I think you are the most beautiful girl I’ve ever seen.” Instead of you know, hello. “I know,” I said and not to sound obnoxious, but as “I know how you feel, I feel it too and I believe you, and I know, I think you are the most beautiful boy I’ve ever seen too,” which I didn’t have guts to say. Instead I said we were just about to leave with my friends to dance, we were heading cross the Main river to Club Nachtleben, and if he wanted to come with us. “Yes, let me get my friends,” he said. We might have introduced ourselves, and maybe we spoke for 10 minutes instead of two, but quick it was. My friends didn’t hear the conversation and were stunned it lasted such a short time and he left back upstairs almost immediately. Their faces were worth seeing as I told them he was coming with us. I think they thought I had the skill “how to get the guy in two minutes or less.” Hardly, it was just magic that happens once in a lifetime. From that moment on, we have spent every moment possible together. We danced until the dance club closed that night, and then crossed the bridge back where we started. The September night in Germany was freezing and he put his arm around me, and then it happened. The first kiss, on the bridge. (Fast forward 15 years and we are sitting on a dinner table surrounded by our three children, and telling them about Frankfurt, and that we wanted to take them there, to show where we met, where we went on a first date and had our first kiss. Our daughter asks “was it on a bridge? Because that would have been romantic.” Yes, indeed it was.) You see where we are heading with this story, right? Should I keep going, or just stick to the normal routine? Make sure to follow me on Twitter and Instagram (I’m @skimbaco on both) this weekend – live from Frankfurt am Main. cinderella story, live life to the fullest, love, relationships