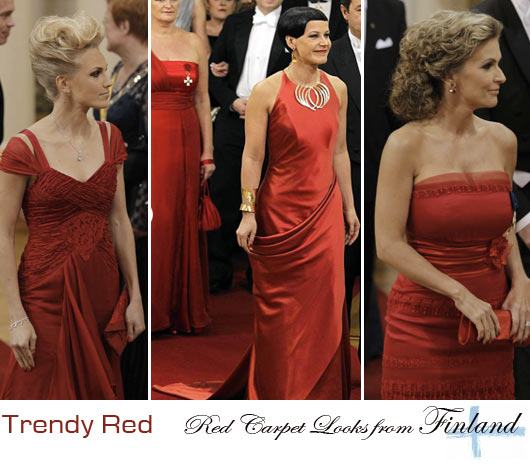 Like I wrote yesterday in my post about some news from Finland the Finnish Independence Day event at the President’s Castle is a big deal. It is the only premier red carpet event in the entire nation that is televised live and people in Finland talk more about the red carpet looks at the Independence Day party than at Oscars. The red carpet isn’t just a line to the party itself – it is a line to meet the president Tarja Halonen herself and to shake hands and exchange a few words with her. 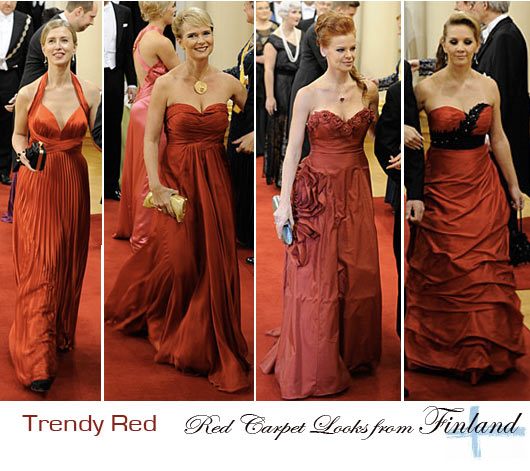 Traditionally blue and white have been the most popular color in the dresses due the colors in the Finnish flag, and this year was no exception. However, the most popular gown color this year was trendy red. Black and green were also among the more popular colors. I also like the bold choices of the purple and orange below. And does the blue flower print/stripe dress, second on the left, look somewhat familiar..? The dress belongs to Helena Ihamuotila, whose husband Mika Ihamuotila is the CEO of Finnish design house Marimekko and you can identify the classic stripe and the bold Unikko poppy print. I love the bold look for her, but it might have been too much for someone not directly associated with Marimekko. 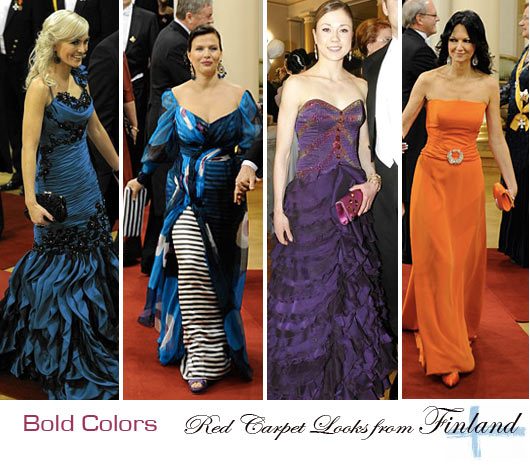 In Finnish fashion world this is The Event of the year, and most gowns that evening are custom made. Well, anyone who is anyone will have a designer dress custom made for the event. 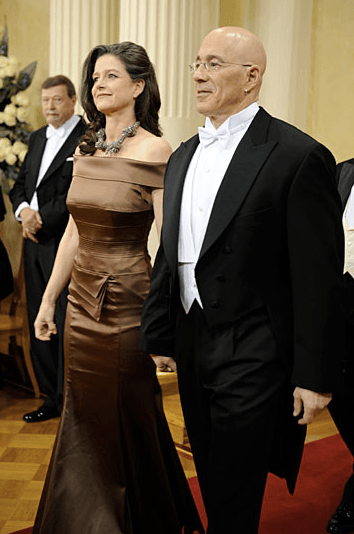 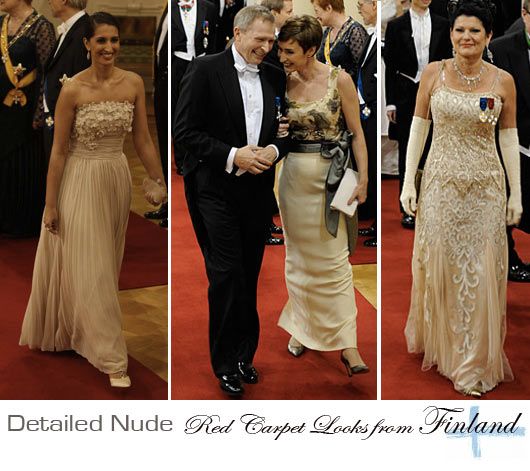 Earth tones, brown, nude and white were also popular choices and simple modern designs are usually even more popular than this year. 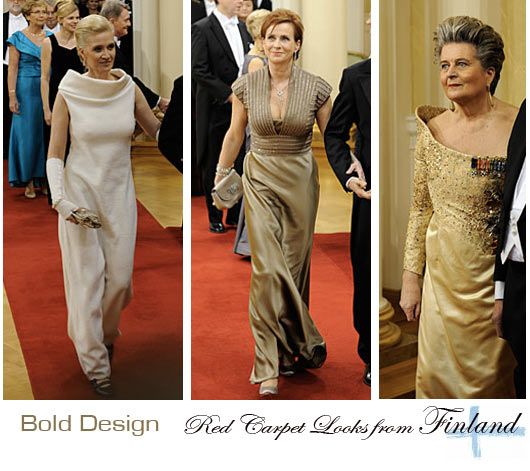