Finland celebrates its Independence Day on December 6th. While the day is a National Holiday, and everyone has the day off, and Finns are big partyers, Independence Day normally is celebrated with respect and it’s more of a serious Holiday to reflect on the wars won and the gratefulness for those who fought the independence for us. Everyone lights up two candles on each window, often they are the two-tone white & blue candles made specifically for Independence Day, and everyone has their flag in the pole. Finns treat their flag entirely different way than Americans theirs. There are laws how and when you can fly your flag, and the laws are enforced. After living in the US for years I still can’t get over seeing broken & dirty American flags in the front of businesses. I have never seen a broken or dirty Finnish flag, flag is always treated with respect. There is one big party at the President’s Castle on Independence Day. While Finland isn’t a Kingdom, like many European countries, we have castles like any other European nation, and the president resides in the President’s Castle in Helsinki. The entire event is televised and everyone stays home to watch it – and judge the dresses the women are wearing. It’s like the Academy Awards red carpet – but the women are not just actresses, but political figures, athletes, artists, singers – and it is a great honor to be invited. Maybe I should take on becoming an unofficial goodwill ambassador of Finland, and spread positive news about Finland to the world the next year – do you think I’d get invited? Other than that, I don’t think I have a change. 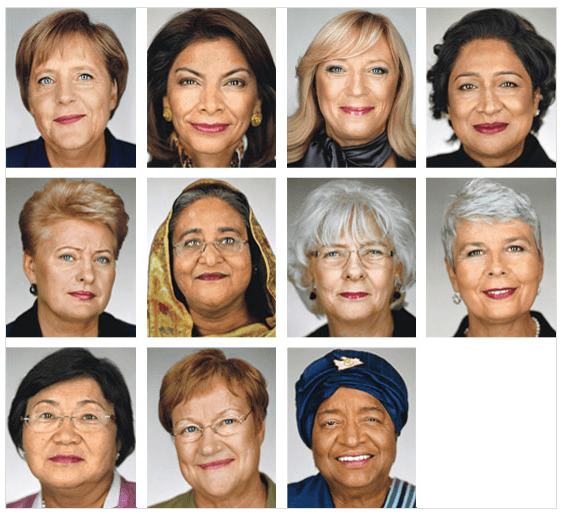 I unfortunately missed the entire Independence Day yesterday, I was stuck at airport trying to get home. It was a bitter sweet moment for not being in Finland, nor even in my home, but I was reading the newest edition of Glamour magazine, and their 20th Anniversary Special Women of the Year and found an article of female heads of state, including the Finnish president Tarja Halonen (on the bottom row in the middle) and it made my day to see her on it. If you are a Conan fan, you know that he has been making fun of Finnish people and Finland for years. That much that he has even traveled to Finland several times, and has now a large fan base in Finland. However – his new show doesn’t air in Finland yet, which came as a shock for him. Watch the video above – and what do you think – do you think Conan and the president of Finland could be a brother and a sister..? And Conan, please, next time you attempt to speak Finnish don’t use Google translate to translate English to Finnish, at least then what you attempt to say is correct, however bad you butcher it trying to say it. And you can always call me, more than happy to do any translation and speech training for you. And Conan, if you want to feature something cool & Finnish, how about bringing the Helsinki Mobile Phone Orchestra into your show? These students are awesome, I had an opportunity to see them perform in the same conference I spoke in Helsinki this May. Here the Finlandia Hymn played by cell phones. Conan, FINLAND, Finns, glamour