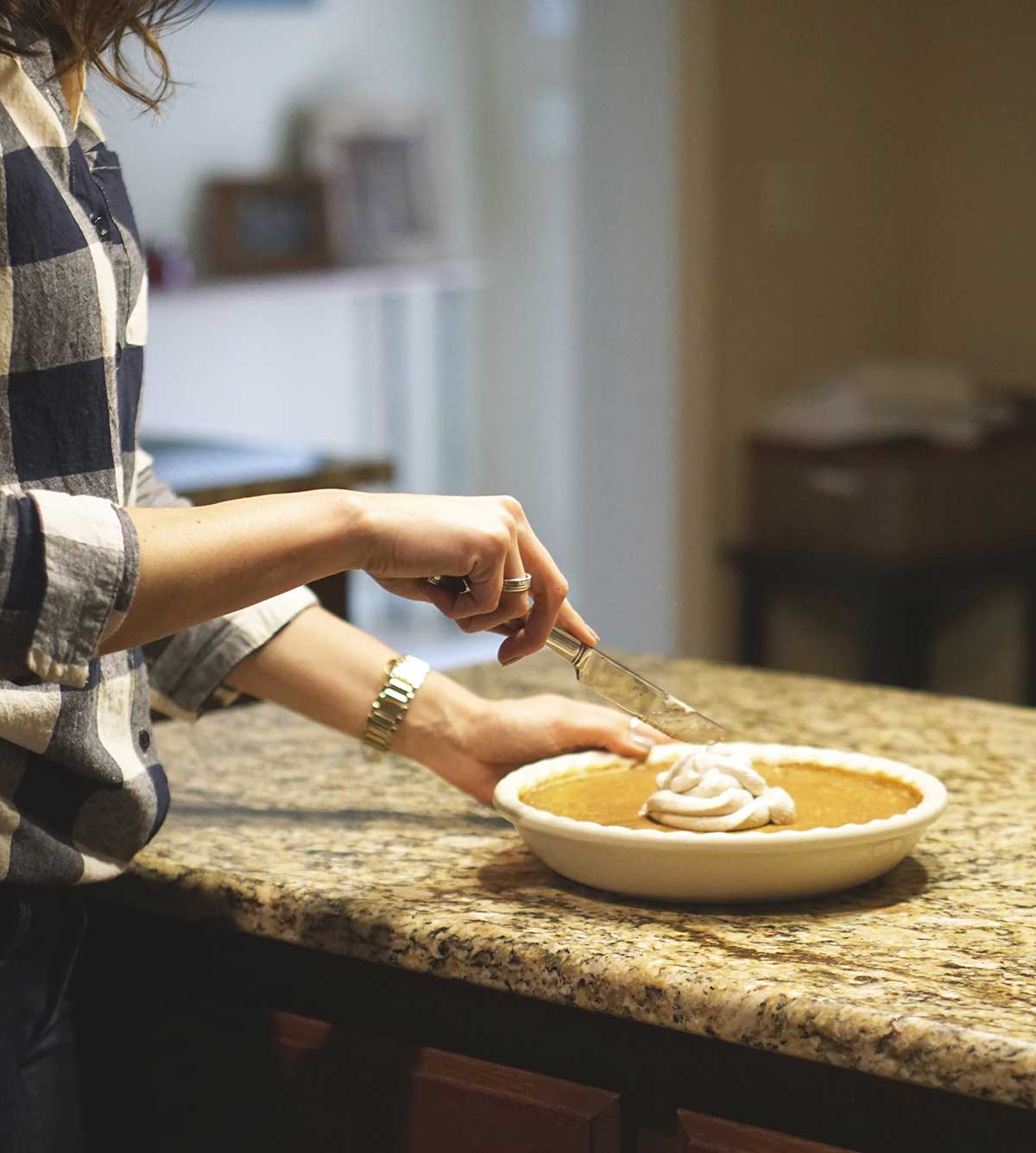 Fall can be a rough season when it comes to curbing those unhealthy cravings & staying away from the pumpkin spice latte’s. Your family is probably already discussing their seasonal get together, full of temptation. If you have the chance, challenge yourself! Volunteer to bring a dish that is typically full of bad sugars & fats, then replace those with more nutritious alternatives. Instead of bringing the traditional yams, smothered in marshmallow – opt for some sweet potatoes drizzled in maple syrup. Don’t know where to start in making a paleo-friendly pumpkin pie? Allow me to help, I’ve got just the recipe. I like to use a few Young Living Vitality oils for added health benefit in most of my dishes. The Cinnamon Bark Vitality aids in healthy digestion while the Clove Vitality promotes a healthy immune response & may support overall wellness.* The crust is where it can get tricky & I’m all about making things easy, which is why this pie is “Impossible” – there’s simply no crust! That’s how my mom made it & that’s how I make it. Most people eat the pie filling out of the crust anyhow, right? Let’s save them the hassle. If you aren’t interested in exploring life sans crust, that’s okay, the recipe works with any crust! One thing that isn’t optional however, the whipped topping. A pumpkin pie isn’t the same without some whipped topping! I never knew how easy it was to make until I created my own Cinnamon Coconut Whip. *These statements have not been evaluated by the Food and Drug Administration. This product is not intended to diagnose, treat, cure or prevent any disease. 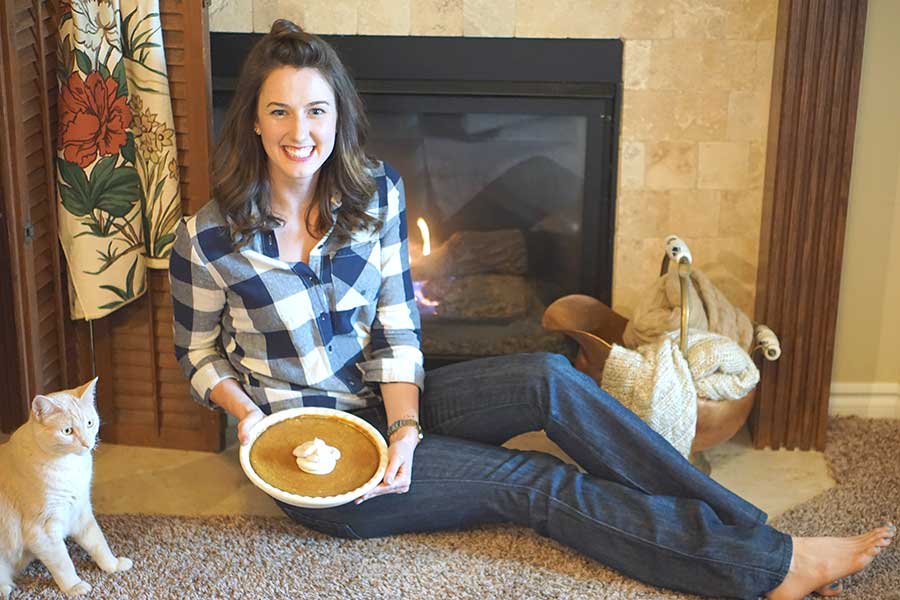 Pie Ingredients 1 – 16 oz box (or can) of organic pureed pumpkin 1 cup full fat, organic coconut milk 3 eggs ½ cup pure, grade A maple syrup 2 teaspoons pure vanilla extract 1 pinch of sea salt 2 drops of Cinnamon Bark Vitality oil or 2 t. ground cinnamon 2 teaspoons cinnamon (in addition to the 2 above) ½ teaspoon ground ginger 1 drop Clove Vitality oil or ½ t. ground cloves ½ teaspoon nutmeg ½ teaspoon allspice Coconut Whip Ingredients 2 cans full-fat, organic coconut milk (refrigerated) 2 Tablespoons pure, grade A maple syrup 1 teaspoon pure vanilla extract 1 drop of Cinnamon Bark Vitality oil For added presentation, dust the top with some cinnamon! Directions Preheat oven to 400F Combine all pie ingredients & beat until smooth Pour into 9” greased pan (I use ghee). Bake at 400F for 15 minutes. Bake another 45 minutes at 325F (until an inserted toothpick pulls out clean). Cool pie completely before slicing. While the pie is cooling/baking open your refrigerated cans of coconut milk for the whip. Be careful not to shake these cans. When you open an end, you’ll either be staring at liquid or solid depending on which end you open. Drain the liquids & discard. Place the solids into a bowl. Add the rest of the whip ingredients & beat it all together until peaks form. Place whip in fridge, this will usually keep for almost 2 days before trying to separate. Enjoy! Don’t be stingy with that Cinnamon Coconut Whip! BY TASHA ELKINS. Tasha has a bachelor’s degree in engineering. She works in oil & gas industry. But she doesn’t let either of those to define her, or to keep her from her real passion: traveling. Tasha has dedicated her free-time for traveling and she helps others to see how it is possible to travel while having a full-time job. Read her travel tips at Travel Part Time. Get this recipe also in our Autumn Spice magazine issue! easy Thanksgiving ideas, paleo, pumpkin pie, Thanksgiving cooking