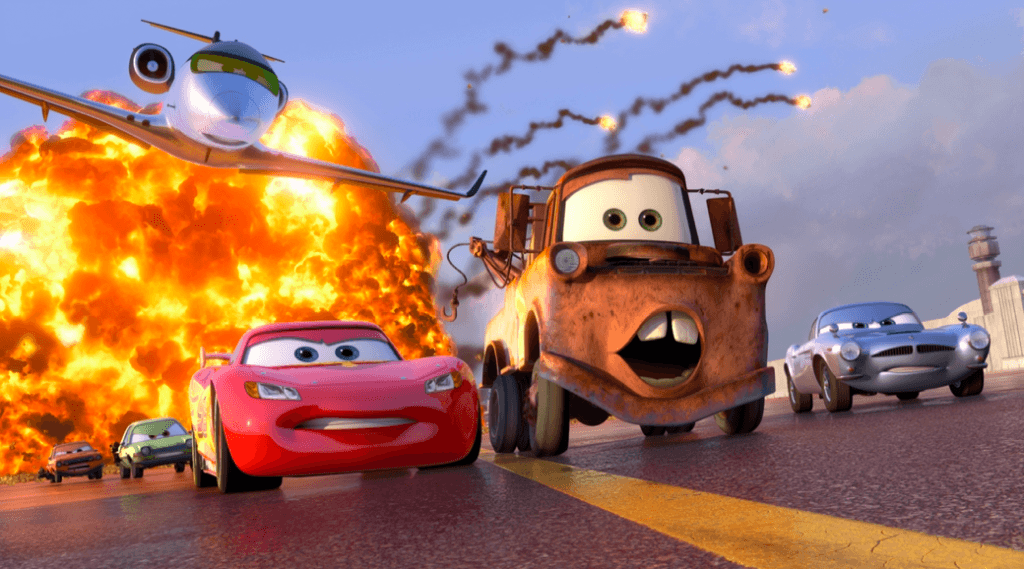 Disney Pixar CARS 2 Movie review – includes spoilers and the full plot but continue reading if you want to know if the CARS 2 is suitable for young kids. Disney Pixar’s CARS 2 movie red carpet premier is today. I didn’t travel to Hollywood, but I was able to see the CARS 2 with my kids today, and CARS 2 is a must see family movie for 2011. CARS 2 is James Bond meets car racing meets adventure around the world meets a story about friendship and (surprisingly) about corruption in the global oil business with a (mixed) message of importance of finding a solution for renewable energy. Yes, it is one jam packed action movie, a smörgåsbord of everything that makes up a box office topping movie in 3D and it will be in movie theaters on June 24th.

The movie continues the story we all loved in the Disney Pixar movie CARS in 2006; the story of car racing king Lighting McQueen and his success and his friendship to a tow truck Tow Mater. Forward a few years and the cars are still friends, and this time they are facing an adventure of a lifetime when Lighting McQueen is invited to attend a car racing World Grand Prix that takes car racing from Tokyo to Porto Corsa to London organized by a rich former oil mogul turned into a philanthropist Miles Axlerod. Miles Axlerod had devoted his life to finding renewable, clean-burning energy source and the World Grand Prix is a big celebration of different types of car racing cars all jointly racing using Axlerod’s new fuel, Allinoil. Lightning McQueen takes Tow Mater with him for the World Grand Prix tour, and the car duo’s friendship is put to a test because Tow Mater quite doesn’t have the worldly manners and the Tokyo racing scene ain’t Radiator Springs. Tow Mater embarrasses Lightning McQueen and his actions contribute him losing the first race. As the movie continues, they both realize that nothing is as important as friendship, and friendship is worth fighting for. When I asked my children (aged 8, 9 and 11) what they thought was the main lesson of CARS 2, they all said it was learning about friendship and being less selfish and caring about your friends. It also taught a great lesson that you shouldn’t listen what other people say about your friends, you should always be on your friend’s side. 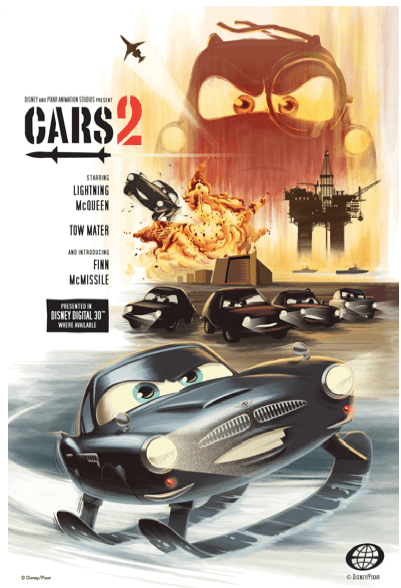 CARS 2: A Story of International Espionage

The World Grand Prix has something to do with international espionage involving a large oil company; the British Intelligence and it’s agents Finn McMissile and Holley Swiftwell are on it to solve the mystery. The movie starts with scenes that could be from any high impact action movie like Mission Impossible or James Bond, but this time animated for the entire family to watch. As a mom I would have a problem with “cars dying” in explosions and being crushed and showing it to under school aged children, and it did bother a little even my kids. The first 10 minutes of the movie are probably the most violent, so even if you do want to see CARS 2 with younger kids, don’t judge the entire movie by its first 10 minutes. Finn McMissile mistakes Mater as an American intelligence agent, and Tow Mater is towed into an adventure around Europe involving spy gadgets that would make even James Bond green of envy. The adventure teaches Mater about being a spy but more importantly he learns more about himself and comes to a conclusion that he is special as he is, even when lacking the high world class. And speaking of world – the movie takes you around the world and you will visit the animated versions of some of the favorite cities of the world, and our entire family loved the travel aspect of the movie.

Ends up that the “lemons” of the world have united and are cooking up a revenge for all of those cars who make fun of their poor qualities and for those car manufacturers who have stopped manufacturing parts for the cars needing them. This sad group of cars want to humiliate the best of the cars and makes the race cars crash one by one in the World Grand Prix. On the end the head of this corrupted group is revealed and it is Miles Axlerod, who had only disguised himself to care about environment; even the Allinoil new fuel was all fake. In a way I thought it was odd how the movie made the bullied cars turn into the bad guys, without really learning a lesson in the end that you should not answer to bad actions with bad actions. But as you have already now read, the movie was very multi leveled with different aspects for the viewers to think about and my kids did come to a conclusion that “even if other people are bad you shouldn’t be bad”. Also, the fact that the car who was first seen as the ultimate “good guy” turned out being the “bad guy” is a good lesson for kids to learn; you can not always trust people, however good they may seem first. I want my children to learn the lesson, and think what better way to learn it than from a Disney movie. 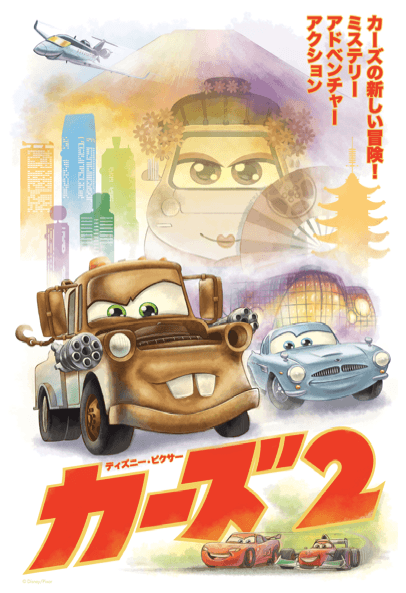 Global oil crisis most certainly is a topic that interests in today’s society. Finding renewable energy source should be even more important. In the movie CARS 2 new oil sources are found in the world, and the Allinoil turned out being fake and not a real solution. Did someone high up complain how Disney Pixar’s WALL-E was too harsh of a picture of how we are destroying the earth by polluting it, and now Disney had to take it back by providing hopes of finding new oil and keeping the status quo? I guess as an environmentalist and a hopeless optimist I would have loved to have seen how a new fuel had been invented solving the global energy crisis, but when it comes to reality, I guess it was good to show our kids that there is still a lot to do to find the solution. I just wish that we wouldn’t have given a false hope of new oil resources found.

CARS 2 continues the Disney Pixar movie successes in my opinion, and I predict it will be the hit family movie of the summer 2011. It did have almost a little too many different aspects and it might be a little difficult for some of the younger viewers to follow. But that’s what makes a Disney classic – you can watch it again and again and learn something new each time. CARS 2, Cars 2 movie review, Disney Pixar